A Google search reveals that the Larabar, an all-natural fruit and nut bar from the US, is quite well-known in Europe. People in the UK, Austria, Germany, and other European countries are asking in forums where to buy Larabars over here. And for good reason, too. They’re mighty delicious!

We also Googled, but couldn’t find anything. So we wrote Larabar in the US and asked about importing them. No can do, they said. They don’t sell to Europe. We were rather bummed, but we continued searching for something made with the same philosophy, i.e. all-natural, only fruit, nuts and spices and nothing else. After all, does a fruit bar really have to have additional sugar added, often hidden as agave or rice syrup? We don’t think so.

And then we discovered RAW BITE fruit and nut energy bars. They’re from Denmark but made in the Czech Republic. They’re also the official energy bar of the Danish armed forces.

They’re made using only fruit, nuts and spices. They use dates and either cashews or almonds as a base and then add other delicious and wholesome ingredients such as coconut, apples, lime and cocoa.  So the definitely pass the all-important ingredient test.

But would they stand up to the equally important taste test? We decided to put them to it. Our verdict: YUMMMMMMY! They passed with flying colors.

And check out the design…doesn’t it remind you of a certain popular energy bar in the US? 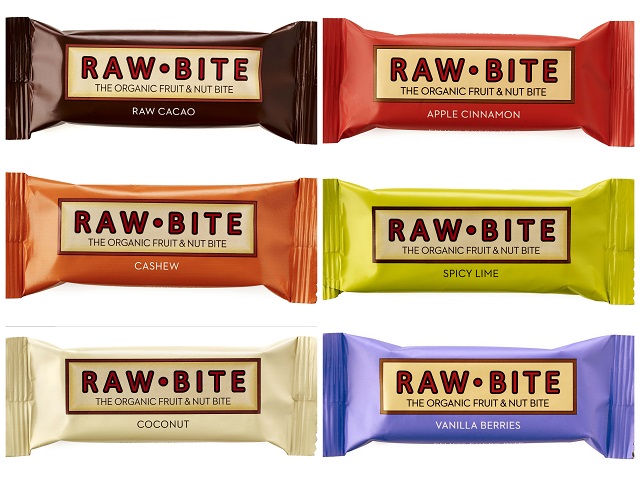 We certainly think they are the perfect European alternative. Way to go, Raw Bite! And that’s why decided to stock them at Eichenhain.com. Enjoy!

A 30 minute documentary on the loss of biodiversity. Seeds, originally comparable to a savings account for farmers, have now become debt-saddled credit cards issued by the agro-chemical industry.

More info on the project here.